The Greatest Story Never Told By Hollywood: Episode III: The Plutocracy Strikes Back 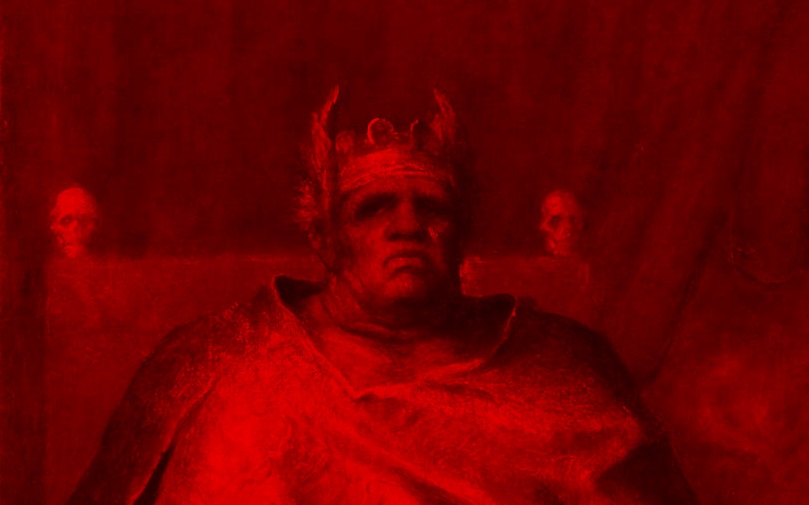 1. Extreme wealth concentration is destroying the conditions under which the democratic-republican model of government can be maintained in the United States.

3. Government intervention of some kind is absolutely necessary to deconcentrate wealth and rehabilitate an independent middle class.

In our first post in this series, we discussed how the history of Tiberius Gracchus was inexorably intertwined with Polybius’ model of Anacyclosis.

In our last post, we discovered how Tiberius Gracchus was perhaps the greatest reformer in the history of democratic republics of all time. It was because he sought to restore the very essence, to regenerate the very DNA, of a democratic republic: The independent middle class.

In this final post in this three-part series, we will consider the historical parallels between the Roman Republic and the United States, and ask the question: Do America’s present economic circumstances warrant an approach based on similar logic used by the Gracchi?

THE PARALLELS BETWEEN THE ROMAN REPUBLIC AND THE UNITED STATES.

As Rationist No. 13 has already elaborated these parallels in detail, it is only necessary to quote that source at some length:

​The Roman Republic and the United States share these essential dispositions and landmarks of descent in common:

FOURTH, the moneyed interests of both the Roman Republic and the United States captured a disproportionate share of the profits of imperial and interstate commerce.

FIFTH, the moneyed interests of both the Roman Republic and the United States employed various techniques to create or simulate a relative oversupply of domestic labor [or labor substitutes].

SEVENTH, the late Roman Republic deployed subsidies to mitigate middle class precariousness so as to pacify the people, and the United States is deploying subsidies to the same end.

EIGHTH, precariousness and idleness led to uncontrollable political patronage in the Roman Republic, and the same forces create intense partisan loyalty in the United States.

Rationist No. 13 further analyzed the parallels in behavior between the elites of both republics:

Even worse, in both cases, they eliminated free labor whenever they could.  In both republics, slaves were used extensively.  Slaves were used throughout the entire lifecycle of the Roman Republic, and during almost a century in the life of the United States.  But though slavery has been forever prohibited by the Thirteenth Amendment in America, businesses within the United States more and more makes use of mechanization, automation, robots, algorithms, and artificial intelligence, which from the standpoint of labor supply and wage suppression creates the same impact for free labor as slavery: Substitution of domestic free labor by capital assets concentrated in few hands. …

In the Roman Republic, and generally in all places before the Industrial Revolution, wealth was concentrated in land in large latifundia; in the United States, wealth is now concentrated in blocks of securities in large corporations.

Will America close the book on the democratic-republican model of government in the same way? Its founders foresaw that it would. In his farewell address, George Washington warned against the evils of faction, in words sounding in the republic-destroying exploits of Marius, Sulla, Caesar, Pompey, Antonius, and Octavian:

The alternate domination of one faction over another, sharpened by the spirit of revenge, natural to party dissension, which in different ages and countries has perpetrated the most horrid enormities, is itself a frightful despotism. But this leads at length to a more formal and permanent despotism. The disorders and miseries, which result, gradually incline the minds of men to seek security and repose in the absolute power of an individual; and sooner or later the chief of some prevailing faction, more able or more fortunate than his competitors, turns this disposition to the purposes of his own elevation, on the ruins of Public Liberty.

Enough rhetoric. Let’s do some math.

THE EXTREME CONCENTRATION OF WEALTH IN AMERICA, BY THE NUMBERS.

In our last post, we considered that upon the eve of the American Revolution, New England was perhaps the most egalitarian place in the measurable world. That was precisely the conclusion of economists Lindert and Williamson in their study on American Incomes 1774-1860. This sentiment was echoed by Alexis de Tocqueville, who literally started his famous treatise Democracy in America by noting how egalitarian America was.

The median household net worth in America in 1776 was about £175. This is a reasonable estimate based on economist Alice Hanson Jones’ research on the middle colonies in 1774. Applying a 1:4.44 GBP to USD conversion rate implies a household net worth of approximately $775 USD.

Financier Robert Morris is frequently called the richest man in America in 1776, but he probably did not have the highest net worth. While he may have owned the most assets, he also owed the most debt. His fortune was annihilated in bankruptcy. At the end, Morris had a negative net worth, which is consistent with his pattern of frequently soliciting money and overleveraging himself. Any net worth he had was clearly mercurial, and heavily based on unique and non-recurring transactions with the fledgling federal government. Given this profile, it’s difficult to believe that his actual, unencumbered net worth would exceed 3X that of Peter Manigault from 6 years earlier. Let us therefore generously presume that the actual net worth of Robert Morris was around $440,000 in 1776. Against a median household net worth of $775, this implies a social aspect ratio of about 570:1. Thus, the richest American in 1776 was less than 600 times richer than the median American household. The following reinforces the reasonableness of this guesswork.

Notwithstanding the speculation, it seems clear that even 25 years after 1776, the top households still only hover around 1,000x the median household net worth as it existed in 1776. All of which is to say that no American was more than 1,000 times richer than the median household net worth on the day that America was born. American society was always shaped as a pyramid, perhaps, but originally as a very flat pyramid.

From 1,000:1 to 2,000,000:1. America is now probably more stratified than the ancient aristocracies and monarchies that the Founding Fathers repudiated. The shape of American society has transformed from a flat pyramid to a pointy, towering, and presently teetering obelisk.

This massive stratification did not happen overnight. But once it started, it proceeded apace. Rough calculations suggest the following evolution of America’s social aspect ratio:

Here is the data plotted on a chart: It seems that the climate change activists are not the only ones who can boast a chart with a hockey stick.

America’s social aspect ratio remained relatively flat until the Vietnam War. It then began to climb rapidly. This trend in the social aspect ratio correlates to another trend observed since the end of World War II: The diminishing share of Gross Domestic Product (GDP) to labor, along with the concomitant rising share allocated to capital.

The Bureau of Labor Statistics (BLS) started tracking the relative labor share of GDP in 1947. Since then, as of immediately prior to the coronavirus pandemic, nearly $30 trillion in value has been transferred from labor to capital relative to the 1947 labor share run-rate. Every year since 1947 save one (1960), the labor share was lower than it was in the first year in the series. By calculating each annual delta from the 1947 run-rate, then applying that amount to that year’s GDP, each year’s damages to the labor share can be calculated. The raw data is presented below (figures in billions of 2012 chained USD):

$30 trillion transferred from labor to capital since World War II. This sounds like a little bit like what the Roman elites did to the Roman farmers after Punic War III. In the words of French historian Victor Duruy:

Rome after the Third Punic War. Just as America after the Second World War. These were the wars that made Rome and America the masters of their worlds. It’s almost funny that the dispositions and responses of their leading men would be so similar, and so reckless toward those whose valor or labor made such fabulous wealth possible in the first instance.

$30 trillion transferred from labor to capital since World War II. This figure exceeds the entire net worth of Japan today. Domains as vast as provinces indeed.

ANACYCLOSIS REDUX: THERE’S NOTHING NEW UNDER THE SUN.

In the final analysis, Anacyclosis is all about wealth. At the highest level of abstraction, Anacyclosis simply stands for the proposition that the diffusion and reconcentration of wealth precedes the diffusion and reconcentration of political power. Applied against mankind’s original political vocabulary – the Greek typology of constitutional regimes – this sequence, when permitted to consummate, resolves itself into the familiar one-few-many cycle.

Where wealth is sufficiently diffused to establish a powerful aristocracy, monarchies will transform into republics. Where wealth is sufficiently diffused to establish an independent middle class, democracies will be integrated into the governing fabric of these republics, establishing democracies. As political evolution is accretive, democracies are more properly called democratic republics. In any case, the relative infrequency of independent middle classes explains the relatively rarity of democracy throughout human history.

Contemporary states similarly situated with respect to their socioeconomic configurations will undergo similar transformations, thus summoning waves of democracy. Other contemporary states not so blessed with middle classes may copy various patterns of democracy, such as the names of democracies and republics, people’s political parties, and elections, but possess none of the substance.

In any event, when the originating middle classes unravel, the rationale and justification for the democratic element evaporates. Only the energy of democracy continues, for a time, through forms and rituals perpetuating the fantasy that consent can be given by anyone who do not possess the volition to withdraw it. Hence the great show of Augustus being “given” power by the Roman Senate legitimized the death of the Roman Republic and the inauguration of global imperial monarchy. This was concluded by Rationist No. 5:

AUTHENTIC DEMOCRACY IS NOT ROOTED IN THE FANTASY THAT CONSENT IS GIVEN, BUT IN THE POSSIBILITY THAT IT BE WITHHELD.

Tiberius Gracchus saw this problem, at least to some degree. His immediate concern was to rehabilitate the small hold farmer class to continue to feed the Roman military machine. But he recognized enough to ask the essential question: “Is not a citizen worth more than a slave?”

And so he undertook to rehabilitate the independent middle classes by the most obvious method apparent to him: The revival of an ancient law imposing caps on household use of public land. His mission was to get commoners back on the land so he could get them back in the army. Whatever the particulars, however, the problem he confronted is analytically no different than the problem that America now faces. Which is:

America must find a way to rehabilitate an independent middle class in the face of wealth concentration so grotesque, so absurd, and so distant from its founding circumstances that it has passed beyond the realm of tragedy into that of comedy. The rehabilitation of an independent middle class will necessarily and directly entail the fragmentation of great household fortunes.

This, in turn, will entail government intervention of some form. If the American people wish to restore any semblance of a true democratic republic, America can’t just do nothing. The question is accordingly not whether the government shall intervene, but how. And if America wants to learn from all that has been considered above, then there is actually someone calling himself Gracchus who claims to have a plan.

The Greatest Story Never Told By Hollywood: Episode II: Return of the Gracchi