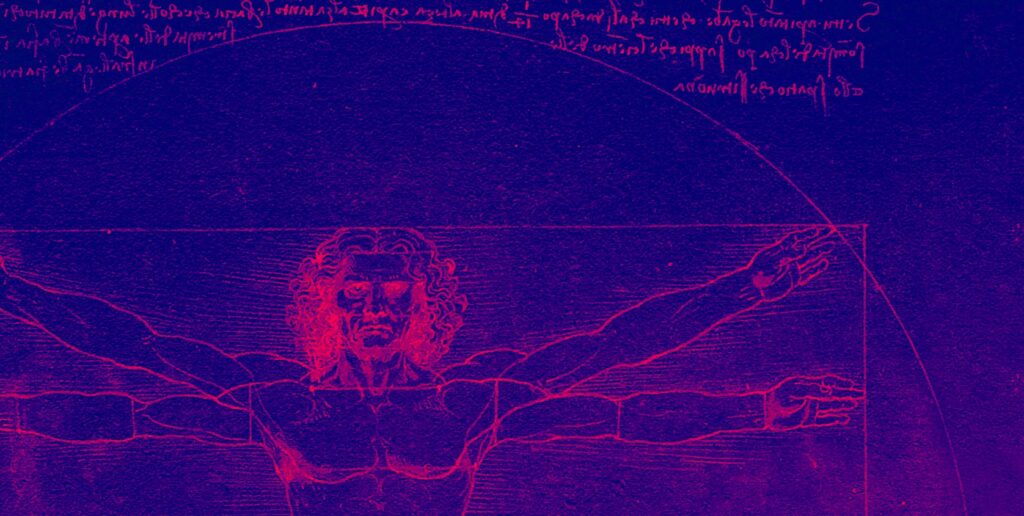 Democracy’s “Anacyclosis” blind spot, first appearing in The Blind Spot, Izabella Kaminska, Editor-in-Chief, is reproduced verbatim below (in the Queen’s English no less):

Anacyclosis is the sequence of political revolution. Think of it as the political version of the stellar lifecycle. A nebula becomes a protostar, then some form of main sequence star, then a dwarf or a giant, then commences its death-sequence, becoming a black hole, pulsar, neutron star, etc. Anacyclosis likewise attempts to describe the probable course that human political evolution would take in a closed – or at least sufficiently secure – political system. Except whereas the stellar lifecycle expresses the laws of physics operating upon the diffusion and concentration of mass, the political lifecycle expresses human ambition operating upon the diffusion and concentration of wealth.

The stages of Anacyclosis are the Greek political archetypes that we still use to imagine our political reality. Democracy, aristocracy, tyranny, oligarchy, etc. The Ancient Greeks organized these archetypes based on a matrix encompassing a quantitative aspect (the number of rulers) and a qualitative aspect (whether such rule inures to public or private benefit). There’s some variation in archetypes among the Greeks, but here is the matrix employed by Polybius, who first described Anacyclosis:

Anacyclosis is the probable sequence through these archetypes. In the words of Polybius:

The first of these to come into being is monarchy, its growth being natural and unaided; and next arises kingship derived from monarchy by the aid of art and by the correction of defects. Monarchy first changes into its vicious allied form, tyranny; and next, the abolishment of both gives birth to aristocracy. Aristocracy by its very nature degenerates into oligarchy; and when the commons inflamed by anger take vengeance on this government for its unjust rule, democracy comes into being; and in due course the licence and lawlessness of this form of government produces mob-rule to complete the series.

Modern scholarship confirms that the Greek city-states generally evolved in accordance with this sequence. Monarchies were the most common regime from 700 BC until c. 450 BC, then oligarchies until c. 350 BC, then democracies until the conquests of Macedonia and Rome. More on Rome below.

The early stages of Anacyclosis have been everywhere experienced. Most of mankind lived and died as the subjects of kings, nobles, dictators, and military juntas. The ending democracy-ochlocracy sequence is rare, however. Democracy is mainly limited to states adhering to Western Civilization, during less than one-tenth of recorded history since the Mesopotamians and Egyptians.

Why democracy is rare

The chief powers of government are that of the sword and the purse. The ability to withhold an indispensable contribution to either is the basis of political agency. Any claim by the common people to share in government therefore rests not on the fantasy that their consent is given, but in the possibility that it be withheld. Ancient democracy accordingly originated in the potential of military labor strikes, the first modern democratic republic in a tax revolt.

In all of history, there’s only existed one people’s agency which could sustain a challenge of the elite status quo to that effect. It was the financially independent, self-sufficient middle classes, what Aristotle called the οἱ μέσοι, or hoi mesoi. The outbursts of the proletariat, by contrast, have only ever been able to change the prevailing form of oppression, but never challenge its existence. In a quip foretelling the futility of proletariat revolutions, Crane Brinton once wrote: “The blood of the martyrs seems hardly necessary to establish decimal coinage.”

Middle class revolutions are another thing altogether. Aristotle celebrated the virtues of the middle class, noting, among other things:

Indeed, the first appearance of democracy in both great historical waves was preceded by the emergence of an independent and politically active middle class.*

On reviewing the English history, we observe a progress similar to that in Rome—an incessant struggle for liberty from the date of Magna Charta, in John’s reign, to the revolution. The struggle has been successful, by abridging the enormous power of the nobility. But we observe that the power of the people has increased in an exact proportion to their acquisitions of property.

Democracy cannot be sustained by just any middle class, however, but only by a relatively independent middle class. Because, as Alexander Hamilton observed, “In the general course of human nature, a power over a man’s subsistence amounts to a power over his will.” When the people become susceptible to patronage they lose their political volition, hence their ability to withdraw their consent, obliterating the original rationale for democracy.

So that’s why democracy is historically rare and an authentic democracy distinguishable from plutocracy-supervised ritual electoral patronage is even rarer. Because the independent, self-sufficient hoi mesoi is historically rare. This is the principal reason why the full sequence of Anacyclosis is not everywhere seen.

But it isn’t the only reason. Machiavelli identified the other: most republics don’t advance to the end of the sequence according to their own volition before they’re made provinces or satellites of their neighbors:

It may well happen that a republic lacking strength and good counsel in its difficulties becomes subject after a while to some neighboring state, that is better organized than itself; and if such is not the case, then they will be apt to revolve indefinitely in the circle of revolutions.

Which brings us back to Rome

Rome was the first superpower republic to consummate Anacyclosis. Highlights from the Roman sequence (some being legendary) include:

The events in plain font highlight Anacyclosis’s internal revolutionary one-few-many-one sequence. The events in bold describe a parallel process alluded to by Polybius and Machiavelli: an external process of territorial integration.***

Sallust accordingly marked Roman hegemony as commencing the end of the Republic, lamenting “when Carthage, the rival of Rome’s sway, had perished root and branch, and all seas and lands were open, then Fortune began to grow cruel and to bring confusion into all our affairs.” But why? What happened after 146 BC?

Simple. In a word, the hoi mesoi was annihilated, its wealth reconcentrated, eliminating the argument for democracy for almost two thousand years.

Lintott records that “Roman writers after the collapse of the Republic were…united in believing that the operative factor throughout was a moral failure arising from the increase of wealth.” Duruy vividly describes the plunder process:

As the chief basis of wealth in those days was land, the policy response was eminently rational: rationing. Of public land to be precise. In 133 BC, Tiberius Gracchus pushed through the Lex Sempronia Agraria, against staunch elite opposition. The Gracchan law evidently revived provisions of the Licinian-Sextian law (267 BC). The chief purpose of the Gracchan law was to cap household use of public lands (at about 326 acres, plus 163 acres per child) and provide minimum allocations (of about 20 acres) to citizen-solider farmer households dispossessed during Rome’s relentless military campaigning. According to Abbott:

The republic had been at the outset, and for several centuries afterward, a commonwealth of free landowners. This great middle class was now swept out of existence, and with it went the foundation on which the state rested. The object of the movement connected with the name Tiberius Gracchus was to build this class up again.

The law’s main objective was to rehabilitate the middle census ranks to feed Rome’s military machine which was organized according to property qualifications. It certainly couldn’t be considered a “hand-out” because land is useless unless worked, and alienation was prohibited. Despite some success, even after Gracchus’ swift murder by the senatorial elite (the first political bloodshed in Rome for centuries) the hoi mesoi was not salvaged.****

The party was over and the hangover was already beginning by the time Brutus showed up.

In the next installment of the series we will present our views on how the theory can be applied to the present day.

*The middle ranks of infantry comprised as much as 30-50% in some Greek city-states, while the class of small-hold citizen-soldiers was described as “middle class” and the “backbone of the republic” by Frank Frost Abbott, quoted below.

***For Polybius, from Histories Book VI: When a state has weathered many great perils and subsequently attains to supremacy and uncontested sovereignty, it is evident that under the influence of long established prosperity, life becomes more extravagant and the citizens more fierce in their rivalry regarding office and other objects than they ought to be. As these defects go on increasing, the beginning of the change for the worse will be due to love of office and the disgrace entailed by obscurity, as well as to extravagance and purse-proud display … When this happens, the state will change its name to the finest sounding of all, freedom and democracy, but will change its nature to the worst thing of all, mob rule.