The Greatest Story Never Told By Hollywood: Episode I: A New Fear 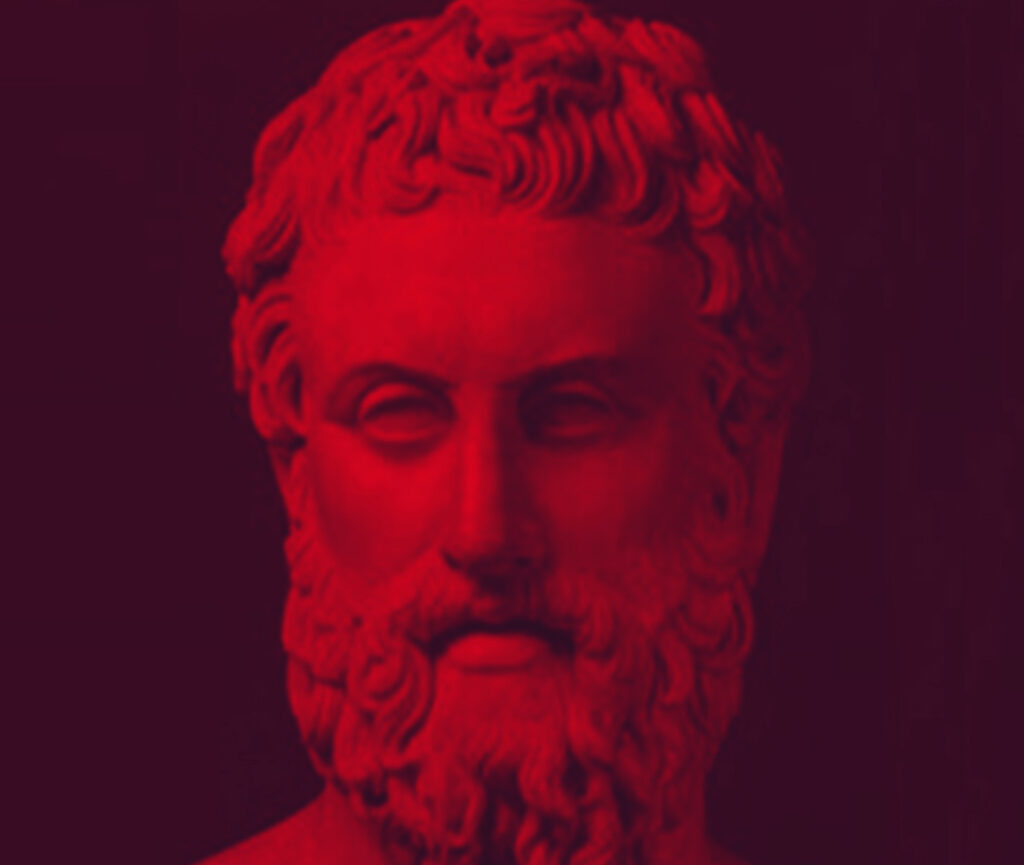 1. In word and thought, the Greek historian Polybius is the individual most closely connected with the idea of Anacyclosis.

2. But in act and deed, it is the Roman reformer Tiberius Gracchus whose actions are most closely associated with Anacyclosis.

3. Scholars have shown it is probable that Polybius’ own narrative of Anacyclosis was inspired by and written after the Gracchan revolution.

What do you get when you cross an effective, courageous, and resolute political reformer, with a corrupt and intractable plutocracy oblivious to decline of the middle class?

I’ll tell you what you get.

You get the revolution you deserve.

You get a century of mob rule and civil war.

You get to watch the end of Anacyclosis.

Best of all, you also get Polybius to update the Histories to include Anacyclosis in the first place.

In word and thought, the Greek historian Polybius is the individual most closely connected with the cycle of political evolution, Anacyclosis.

But it’s not that simple. The leading Polybius expert F. W. Walbank tells us the source of Anacyclosis – Book VI – actually contains two different strands of thought. One is the EARLIER strand describing the idea of the mixed constitution, the other is the LATER strand describing the evolutionary sequence of Anacyclosis itself. Walbank makes his point plainly, stating that various contradictions contained in Book VI between the two strands are (in Polybius on the Roman Constitution, The Classical Quarterly, July-October 1943):

…conclusive of the fact that the theory of the anacyclosis, as described in 4. 7-9. 14, was conceived at a different time, and at a later time than the bulk of Book VI.

Polybius as a man of action … Polybius was not a philosopher. Not only was he incapable of fabricating a system so complicated as the anacyclosis – this is generally admitted – but he is unlikely to have been moved to apply such a system to the Roman constitution on purely philosophical grounds.

So, where did the LATER strand – the Anacyclosis strand – contained in Book VI come from? Walbank tells us:

A popular explanation, suggested by Unger and Ed. Meyer, was that Polybius was convinced of the coming fall of the Roman constitution after witnessing the events of Tiberius Gracchus’ tribunate.

…whether Polybius was finally led to assume the imminence of a decline of the Roman constitution as a result of Tiberius Gracchus’ tribunate or not – and I regard the evidence on this point as still indecisive … from the time of the destruction of Carthage and Corinth, [146 BC] Polybius was being compelled by the pressure of events to change the emphasis in his view of the Roman constitution, until eventually he had reached a frame of mind in which he recognized in the Stoic anacyclosis a more adequate explanation of its development than in the mixed constitution of Dicaerchus. Accordingly, at some date subsequent to 146 he drafted the new chapters…”

Translation: Book VI of the Histories was not originally conceived to emphasize the sequence of Anacyclosis. The original plan of the relevant portion of Book VI was to describe the idea of the mixed constitution, conduct a comparative analysis with Carthage and Sparta, evaluate the Roman constitution, and describe the Roman military. But then the Gracchi happened. So, with end of the Roman Republic already coming into sharper focus, Polybius went back and inserted a much more elaborate account of Anacyclosis.

This makes sense in view of the context of Polybius’ life. He was taken hostage by Rome in 167 BC. His talents elevated him to the house of Scipio. From his position in the Scipionic Circle, he witnessed events from the highest vantage of the Roman state. He was an eyewitness to the destruction of Carthage in 146. He lived through the tribunate of Tiberius Gracchus, ending in 133. He lived through the tribunate of Caius Gracchus, ending in 121. He was still writing the Histories in 119 or 118; he died in 118.

Polybius had a front-row seat to the greatest political show on earth: the beginning of the end of the Roman Republic. Things were probably looking pretty good until 150-140 BC. The wars with Carthage probably distracted much attention from the domestic political situation. In 146 Rome became undisputed master of the ancient world. At first, Polybius must have had in mind to describe Rome’s astonishing success. He probably started writing in around 167 BC when the domestic situation wasn’t so bad. But with empire came grotesque excess and avarice. Victor Duruy tells us, the Roman elites then made the world into their playground (in the History of Rome, and of the Roman People, 1883):

The first and principal casualty of such unbridled avarice was the plain commoners that comprised the foundation of the Roman state, and the middling virtues which attach to a hopeful but modest economic station. While the roman republic was on its death bed, looking back to the time of Polybius and Gracchus, Sallust paints a sad and regrettable picture of the state of affairs for that then-nearly 400 year old republic (in the Conspiracy of Catiline, 42 BC):

When our country had grown great through toil and the practice of justice, when great kings had been vanquished in war, savage tribes and mighty peoples subdued by force of arms, when Carthage, the rival of Rome’s sway, had perished root and branch, and all seas and lands were open, then Fortune began to grow cruel and to bring confusion into all our affairs. Those who had found it easy to bear hardship and dangers, anxiety and adversity, found leisure and wealth, desirable under other circumstances, a burden and a curse. Hence the lust for money first, then for power, grew upon them; these were, I may say, the root of all evils. For avarice destroyed honour, integrity, and all other noble qualities; taught in their place insolence, cruelty, to neglect the gods, to set a price on everything. Ambition drove many men to become false; to have one thought locked in the breast, another ready on the tongue; to value friendships and enmities not on their merits but by the standard of self-interest, and to show a good front rather than a good heart. At first these vices grew slowly, from time to time they were punished; finally, when the disease had spread like a deadly plague, the state was changed and a government second to none in equity and excellence became cruel and intolerable.

Tiberius Gracchus himself saw the dissolution of the Roman Republic first-hand. He could see it from his horse, riding through the domains of the smallhold citizen-soldiers, made desolate by empire (in Plutarch):

The private soldiers fight and die to advance the wealth and luxury of the great, and they are called masters of the world without having a sod to call their own.

Gracchus resolved to do something about it. Not only to restore the middle class of smallhold farmers, but to ensure that the Roman military machine could continue to be fed.  So he brought forth his land bill (which we will discuss in our next post).  On describing the stakes and the context of the Gracchan movement, Frank Frost Abbot put it well (in Roman Political Institutions, 1901):

The republic had been at the outset, and for several centuries afterward, a commonwealth of free landowners. This great middle class was now swept out of existence, and with it went the foundation on which the state rested. The object of the movement connected with the name of Tiberius Gracchus was to build this class up again.

As we know, the Gracchan movement ultimately failed. Within a century, monarchy returned to the Roman world, ending mankind’s first wave of popular government and closing the sequence of Anacyclosis.

But though they ended in failure, the actions of Tiberius Gracchus were woven into the very fabric of Polybius’ narrative of Anacyclosis. And it was the failure of the Gracchi – or perhaps the existence or necessity of the Gracchi – that must have instilled within the Polybius the fear or apprehension that the Roman constitution itself was ultimately doomed.

Incidentally, the People of the United States should harbor these same fears.

At any rate, though Walbank says it cannot be proven, this seems to be what compelled Polybius to revise Book VI with the expanded account of Anacyclosis that has survived into our own time.

Thus, whereas in word and thought, Polybius is the individual most closely connected with Anacyclosis, in act and deed it is Tiberius Gracchus.

In the next post in this series, we consider the reforms of Gracchus in the context of Anacyclosis and consider the question: was Gracchus a hero or villain?

The Greatest Story Never Told By Hollywood: Episode II: Return of the Gracchi