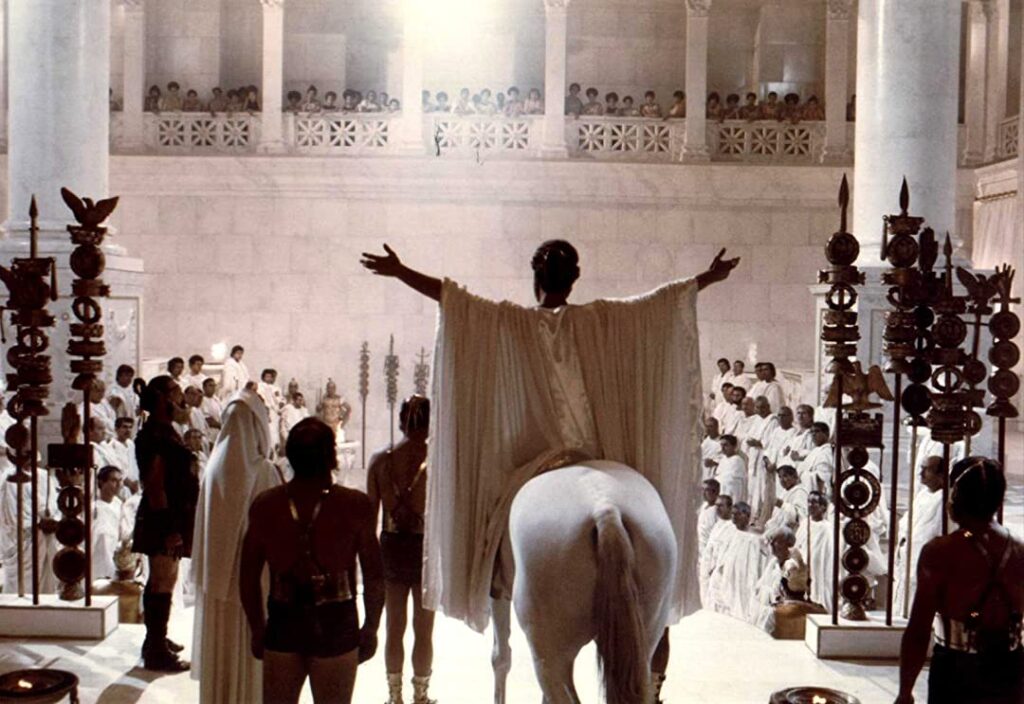 That is how I closed an op-ed I penned six years ago, shortly after I founded the Institute. The date 133 B.C. refers to the year that Roman reformer (or populist firebrand, depending on who you ask) Tiberius Gracchus was elected as Tribune of the Plebs. I chose that year because, based on all of my study of Classical Antiquity, I concluded that the Roman Republic was lost not with the assassination of Julius Caesar, or the Battle of Actium, or the Investiture of Augustus, but with something much more mundane that happened about a century earlier.

The Roman Republic was lost because the Lex Sempronia Agraria – a land bill which attempted to revive Rome’s dying middle class – ultimately failed to curb the power and predatory behavior of the plutocracy. In other words, Rome squandered its last clear chance to save its middle class.

Of course, Rome is a popular topic, and there are many comparisons of Rome with the United States. But not all writers seem to agree that America is going on 133 BC. Let’s see how other writers see things:

According to this piece in The Week by Pascal-Emmanuel Gobry, in 2015 we were going on somewhere around 140 BC Gabry argued that that economic conflicts between the super-rich and the financially precarious could be trending toward a Gracchan crisis.

In an article just before the 2016 Presidential election, Fox News declared that we were at that time “nowhere near” 27 BC when Augustus became the first Roman Emperor.

This 2017 article by The New York Times suggests that we were going on 37 AD, based on comparisons between Donald Trump and the emperor Caligula.

Writing in Time Magazine in 2018, historian Edward Watts theorized that we were perhaps going on 133 BC, for the same essential economic reasons which gave rise to the Gracchi.

According to this nuanced and erudite 2019 piece in the Intelligencer by Andrew Sullivan, we seem to be approaching 48 BC (or perhaps 107 BC, or even 82 BC), with the Presidency of Donald Trump presaging the rebirth of authoritarianism/Caesarism.

This 2019 video in The Atlantic seems to suggest – optimistically – that we are going on somewhere between 177 AD and 476 AD, based on analogies between the fall of the Roman Empire and the American Empire.

According to this Politico article by ancient historian Tim Elliott, our current moment resembles 59 BC and Donald Trump is our Julius Caesar.

According to this Chicago Sun Times piece by Neil Steinberg, we’re going on 27 BC Admittedly, this is more of an attack piece on Donald Trump, comparing him to an emperor, than a serious historical analysis.

A recent article in the Conversation claims we’re going on 31 BC, drawing parallels between the United States Senate’s vote to exonerate Donald Trump in his impeachment trial and the Ancient Roman Senate’s compliance toward Emperor Augustus.

In this 2020 piece in Mother Jones, we’re going on 176 AD, based on analogies between Donald Trump and the emperor Commodus.

And these only represent a small sample of the commentary on Rome. What to make of all of this? Who is right? When one looks through the above articles (and others like them) one finds that they virtually all fall into one of three categories, based on the moment in Roman history that they find emblematic of our own:

As our research director Jack Visnjic astutely observed in a recent podcast, the least sophisticated analogies compare the United States to the Roman Empire. These analogies may have some merit with respect to certain narrow and abstract military and financial considerations. However, with respect to internal political development and with respect to Anacyclosis, they are wrong in almost every way.

Better analogies recognize that the United States still retains all of the institutions of a republic and still exists in the democratic phase of Anacyclosis. Many of them, therefore, seek to compare the United States to the last decades of the Roman Republic. However, this approach tends to forget that Rome had already suffered over a century of civil war by the time Caesar made himself dictator for life. Thankfully, America today has not been exhausted by a hundred years of assassinations, political violence, and civil war.

The best kind of analysis accounts for a much deeper, more refined, more nuanced, and more systematic economic understanding of the internal political developments at Rome that were paving the way for Caesar even before he was born. These account for the last two centuries of the Roman Republic, sweeping a period that must include the circumstances surrounding Rome’s victory over Carthage and “uncontested sovereignty” (to borrow a phrase from Polybius) over the Mediterranean World. This kind of analysis accordingly tends to focus on the Gracchan reforms as commencing the final revolution from democracy to monarchy.

The Institute’s analysis has always been consistent with the third category. As I wrote in 2014:

It is true that ancient society was very different from modern society.  The socioeconomic problems facing the Gracchi [c. 133 B.C. – 122 B.C.] were nevertheless essentially the same as those we face today.  Then as now, the fortunes of the rich were hurling into the stratosphere while the middle classes were crashing into the ground.  Then as now, the people were growing dependent on subsidies while the proletariat was growing larger in size.  Then as now, democracy was being entrenched, even if an oligarchy ruled in fact.  Then as now, traditional laws and customs were coming to be seen more as obstructions than as institutions of justice.  Then as now, ambitious demagogues, vying for the affections of the multitude, grew increasingly brazen.  Then as now, popular government was warped into an instrument of patronage.  Then as now, the spirit of moderation was being frayed.

The forces that the Institute has been warning about have only sharpened in the years since we began our project. It is these forces that we should concern ourselves with – not with the personalities, proclivities, or policies of one President or one Senate. It is these forces which translate multitudes into mobs, politicians into demagogues, factions into civil wars, democracies into ochlocracies, and republics into empires.

America is Scared of Democracy