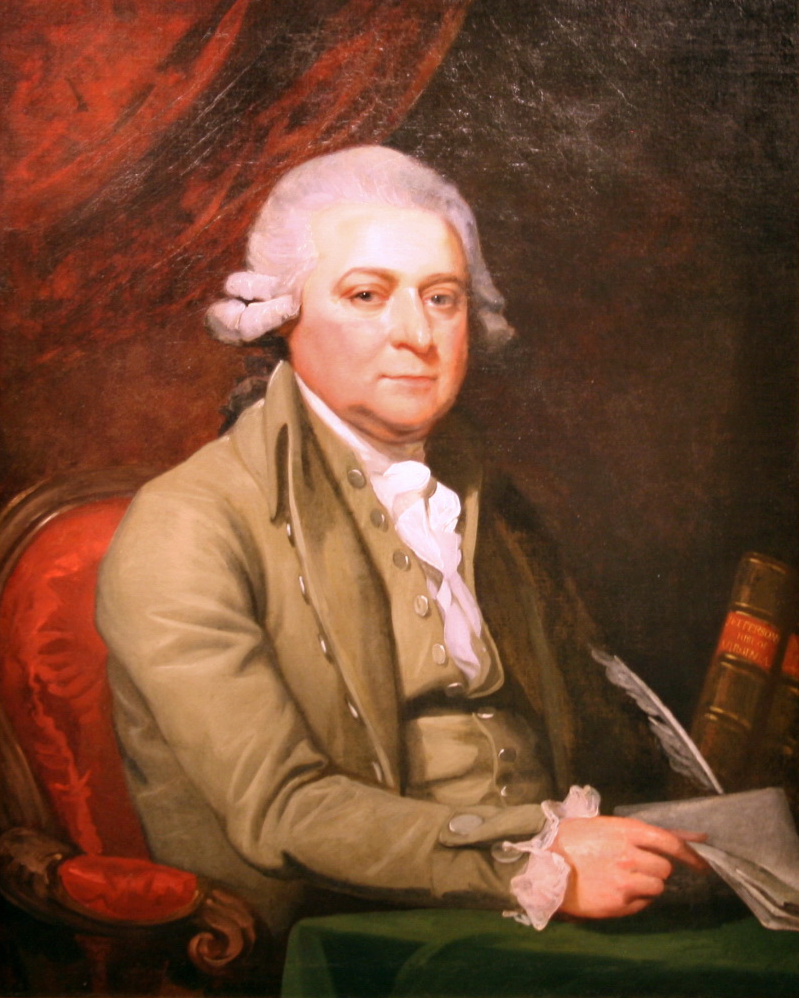 …the Creed of my whole Life…

That is how John Adams described the following paragraph which is contained in his unpublished 1763 essay An Essay on Men’s Lust for Power: All Men would be Tyrants if they could:

No simple Form of Government, can possibly secure Men against the Violences of Power. Simple Monarchy will soon mould itself into Despotism, Aristocracy will soon commence an Oligarchy, and Democracy, will soon degenerate into an Anarchy, such an Anarchy that every Man will do what is right in his own Eyes, and no Mans life or Property or Reputation or Liberty will be secure and every one of these will soon mould itself into a system of subordination of all the moral Virtues, and Intellectual Abilities, all the Powers of Wealth, Beauty, Wit, and Science, to the wanton Pleasures, the capricious Will, and the execrable Cruelty of one or a very few.

John Adams wrote these words when he was just 28 years old.  Years later, in 1807, after his illustrious career, he made the following notation:

This last Paragraph has been the Creed of my whole Life and is now March 27 1807 as much approved as it was when it was written by John Adams.

For those who are familiar with the Polybian Anacyclosis, little more needs to be said to underscore how Anacyclosis formed a central theme of John Adams’ thinking.  We will nevertheless briefly reiterate for those who are less familiar with Anacyclosis.  In this essay, John Adams laid out the Greek typology of constitutional forms, or regime types, in accordance with the classical Polybian sequence of Anacyclosis. Of course, John Adams does not here reference Anacyclosis by name.  He also does not close the cycle by linking the stage of ochlocracy with monarchy.  His description nonetheless plainly captures the essence of Anacyclosis, which we further elaborate on our page What is Anacyclosis?

But John Adams’ devotion to Anacyclosis – a devotion that was so firm and enduring that he even referenced it as “the Creed of my whole Life” – is important for reasons that extend beyond pure intellectual curiosity.  John Adams was not only an American statesman who was well-versed in the Classics.  He was not only perhaps the only Founding Father to demonstrate that he had an explicit understanding of Anacyclosis.  He was an essential Founding Father.  He was integral to the future course of the United States.  And his devotion to Anacyclosis is indelibly marked on the American constitutional landscape.

John Adams was a lawyer by trade.  During the Revolutionary War, he kept himself quite busy, serving on 26 committees of the Continental Congress.  He served as chairman of eight of those committees. He nominated George Washington to lead the Continental Army and helped him to supply it as the chairman of the Board of War and Ordinance.  By his own account, he persuaded Thomas Jefferson to write the Declaration of Independence.  In 1780, he drafted the Constitution of Massachusetts, which predates the United States Constitution by seven years and remains in effect. Notably, this Constitution not only creates a tripartite division of government, separating the executive, legislative, and judicial departments.  It was used as a reference by the Philadelphia Delegates when the Federal Constitution was conceived.

John Adams was not physically present in Philadelphia while the United States Constitution was being crafted.  He was rather serving as America’s first ambassador to Great Britain after peace had been concluded.  In January of 1787, John Adams wrote Volume I of his A Defence of the Constitutions of Government of the United States of America.  This treatise was available in New York, Boston, and Philadelphia by March of 1787.  The delegates arrived in Philadelphia in late May and commenced work in earnest in June.  This treatise is important because we know the Philadelphia delegates were aware of it and read it, and we know by its contents that it communicated the theory of Anacyclosis directly to them.  Letter XXXI described Polybius’ account of Anacyclosis in its entirety, Letter XXXII described the account of Anacyclosis from Dionysius of Halicarnassus, and Letter XXXIII contained Plato’s foundational account of constitutional degeneration.  Thus, while John Adams was not physically present at Independence Hall, he was most certainly intellectually present.

In addition to the focused accounts of Anacyclosis, John Adams’ Defence of the Constitutions is peppered throughout with references to the Greek typology of monarchy, aristocracy, and democracy.  But the Defence of the Constitutions is not the only writing by John Adams that makes direct or indirect reference or allusion to Anacyclosis.  The doctrine of the mixed constitution – the notion that Anacyclosis can be arrested or braked by applying a constitution comprised of an equitable and balanced mixture of the principles of monarchy, aristocracy, and democracy – is referenced many times throughout John Adams’ life.  We find, for instance, the reference in the 1763 essay noted above.  We also find references in his pre-revolutionary Novanglus papers, in which John Adams debated the Tory writer Massachusettensis.  In his January 9, 1775 letter, John Adams wrote the following:

The simple forms of government are monarchy, aristocracy, and democracy; that is, where the authority of the state is vested in one, a few, or the many. Each of these species of government has advantages peculiar to itself, and would answer the ends of government, were the persons intrusted with the authority of the state, always guided, themselves, by unerring wisdom and public virtue; but rulers are not always exempt from the weakness and depravity which make government necessary to society. Thus monarchy is apt to rush headlong into tyranny, aristocracy to beget faction, and multiplied usurpation, and democracy, to degenerate into tumult, violence, and anarchy. A government formed upon these three principles, in due proportion, is the best calculated to answer the ends of government, and to endure. 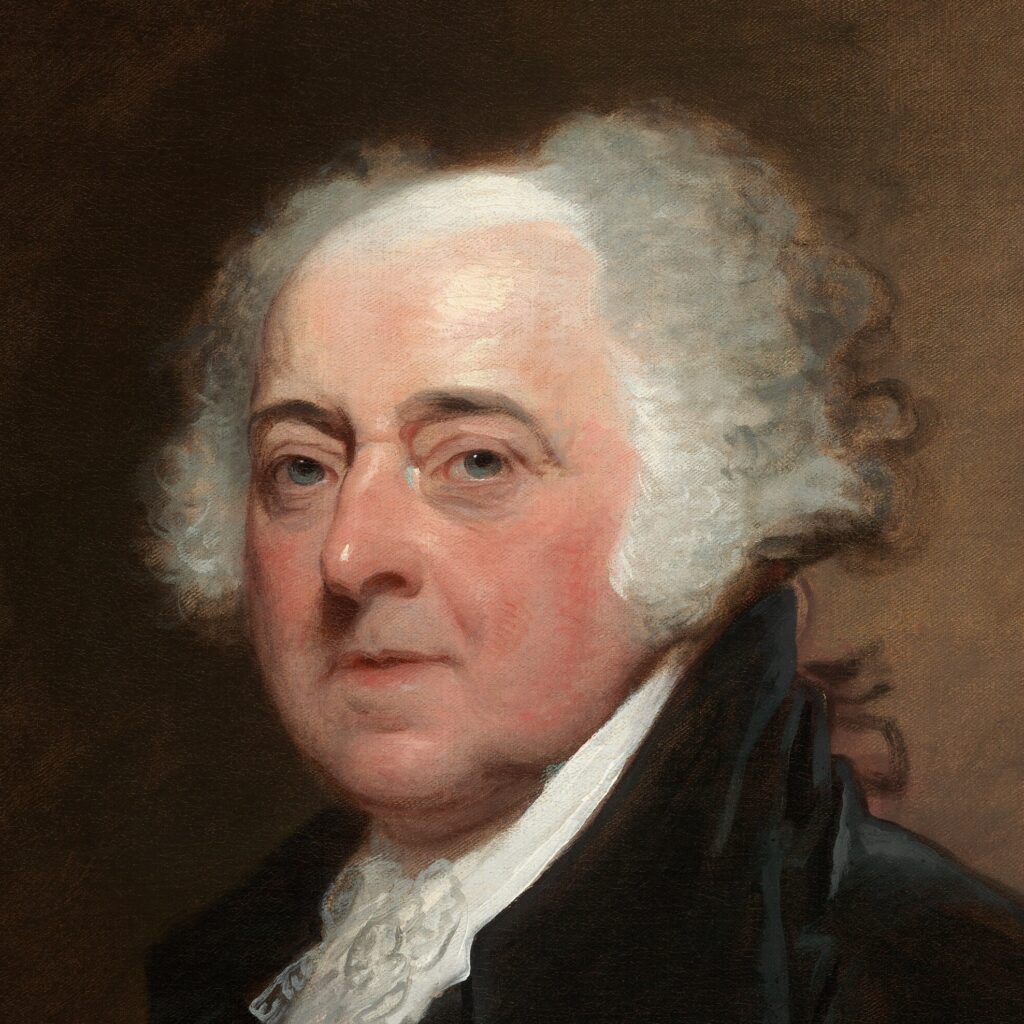 Most Americans probably know John Adams by the finale of his career.  That is to say, most Americans probably only know John Adams as the first Vice President of the United States (under George Washington), and as the Second President of the United States (with Thomas Jefferson serving as his Vice President).  Perhaps some Americans know him as a one-term president and know about something or other having to do with the Alien and Sedition Acts, and the XYZ Affair.  Others may know him as patriarch of the first American political dynasty, as his son John Quincy Adams also served as the Sixth President of the United States.  Still others may recognize him for his staunch opposition to the institution of slavery and celebrate him and his son as the only presidents out of the first twelve who did not and would not own slaves.  Sadly, John Adams does not have a monument in Washington D.C.  But the HBO miniseries John Adams likely did much to rehabilitate and elevate his career in the minds of the American public.

John Adams was not the most skilled politician that America has produced.  This should not be taken as an insult but rather as a compliment.  To the contrary, thanks to his contributions to the cause of American Independence and his intellectual contributions to the fledgling republic, John Adams certainly ranks among America’s greatest statesmen.  And due to his supreme importance in the formation of the early American Republic, the theory of Anacyclosis deserves recognition not only as a crucial element in the thinking of America’s Philosopher President, but as a bulwark of the American constitution.

For these reasons, John Adams is without a doubt the Anacyclosis President.

The Greatest Story Never Told By Hollywood: Episode I: A New Fear