By Tim Ferguson and Jack Visnjic 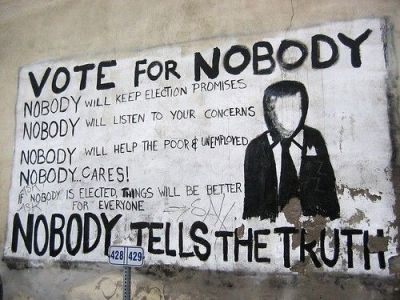 Would you like to see your political opponents exiled? Imprisoned? Or worse?

If so, congratulations. You’re ahead of your time.

American democracy is on the precipice.  This is mainstream news now. Dozens of articles are published every month outlining democracy’s woes. A year ago, the Atlantic dedicated its October 2018 issue to an abstract question: Is Democracy Dying?  Now, a year later, its December issue bears a more ominous title: How to Stop a Civil War. We are no longer theorizing about the abstract possibility of civic upheaval. We’re now in damage-control.

For as long as anyone alive can remember, democracy was considered an essential aspect of America. But that is changing. Study after study shows that Americans are dissatisfied with the design and structure of the government, have little faith in our politicians and the efficacy of elections to change anything, and have little trust in our federal government.

In an age of discord where we can’t seem to find any common ground across party lines, most of us can at least agree on one thing: We’re sick of the system. Regardless of what you think needs to be done about, say, the climate or about immigration, it is certain that our government isn’t doing it. And so we’re fed up with democracy. We’re mad as hell, and we’re not going to take it anymore!

No wonder then that we are so obsessed with superhero movies—fantasies fueled by extraordinary personalities whose existence is predicated upon the failure of democratic governments to act. Characters who wait for no process and submit to no law before obliterating their enemies with violent acrobatics. We pay big money to experience a fantasy world unencumbered by democracy.

So, we don’t trust democracy. We don’t trust the government. We don’t trust politicians. Who do we trust? According to this data, the two most trusted professional groups are scientists and the military. Hmmm, generals more trusted than politicians…seems like this has happened before…

Most recent publications which seek to understand how democracies fall apart focus on the same handful of historical parallels: Venezuela, Turkey, Hungary, 1930’s Europe, and the American Civil War. But there are important respects in which America today is unlike any of those states (including the America of the Civil War). America today is not just a democracy, but the world’s most powerful democracy and the leader of an international military alliance of democracies. It is also the world’s oldest democracy, with institutions that have been entrenched for over 200 years.

If we want to find historical parallels for the demise of such a superpower republic, where can we look? In the modern world, there simply is no precedent for how a powerful democracy with entrenched institutions falls apart because it hasn’t happened yet. Only one period of history offers such parallels, and it just so happens to be the era to which the Founders of this republic looked: the ancient Mediterranean of about 500-44BC.

Like our modern world, the ancient Mediterranean gave rise to hundreds of democracies and republics—more in fact than there are in the world today. We usually only hear about the two most famous of these—ancient Athens and the Roman Republic—because they are the only ones for which we have extensive historical information. But there were hundreds more, including many powerful ones that met their demise through internal strife and factionalism.

Unlike our historians today, all of the great ancient political thinkers (Plato, Aristotle, Thucydides, Polybius, Sallust, and Cicero) witnessed the fall of at least one superpower republic during their lifetime. All of them struggled to understand how it happens that rich and seemingly invincible states come crumbling down. Virtually everything they wrote touched on the pressing issues of today: rising inequality, factionalism, polarization, demagoguery, civil war. It’s a pity we don’t make use of these time capsules of political wisdom and warnings they left for future generations as their societies crumbled around them.

That isn’t to say that we should uncritically follow the advice of ancient thinkers. They lived in a world undeniably more brutal and unequal than our own, where slavery was commonplace. But that does not mean we cannot learn from them. Many of the structural and systemic problems of modern democracies are analogous to problems that brought down the great republics of antiquity. Perhaps the biggest one and the root cause of all other problems is the collapse of the middle class and the concentration of wealth among an imperialistic elite with overseas fortunes.

Aristotle noted that the best state is the one in which the middle class is strongest. Plato warned that the trend of increasing inequality is a problem that must be prevented by a state’s constitution, since it is virtually impossible to reverse inequality without violence once it reaches high levels. It is this high inequality combined with the collapse of the middle class that gives rise to demagogues who can mobilize increasingly angry mobs of impoverished citizens. While the demagogues are often blamed for the downfall of states, they are merely the final symptom of a progressive disease.

Where has 200 years of democracy brought us? We’re polarized. We’re exhausted with politics. We’re angry. We expect political violence. Our leading politicians threaten to jail their opponents. Sounds a bit like Rome around 130BC. That is when polarization, anger, and violence emerged in that ancient republic on which ours is modeled.

That is when the Roman people started longing for “superheroes” that could smash through the ineffective institutions of government and force needed reforms into law. Then political assassinations started. Then proscriptions. Every time one faction gained the upper hand, they would inflict as much damage as possible on the other, often killing thousands of their political opponents. It took a full century of civil wars and factional strife for the Republic to fall and be replaced by a monarchy. The first historical wave of democracies and republics was officially dead. It took 1800 years for a second wave to happen.

Would you like to see your political opponents exiled? Imprisoned? Or worse?

If so, congratulations. If the second wave of democracy recedes the same way as the first, your wish – and theirs – will eventually come true.