You may have recognized some of the artwork interspersed throughout this site as being from Thomas Cole’s iconic sequence of paintings called “The Course of Empire.” The American artist painted these stunning works from 1833-1836. Taken together, the series illustrates the origin, growth, perfection, and decay of an imaginary imperial city, providing a sort of visual representation of anacyclosis. Each of the paintings features the common landmark of a large rock outcropping—an unchanging feature in the midst of ephemeral human affairs. We’ve written elsewhere about how anacyclosis was central to the thought of several Founding Fathers. In Cole’s work we see a stunning example of how cyclical conceptions of history permeated the early American imagination. The original paintings are owned by the New York Historical Society. 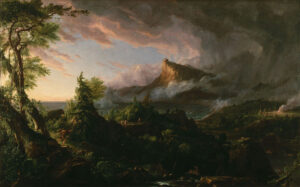 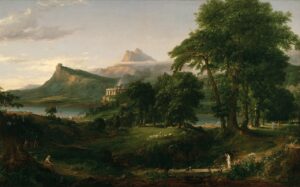 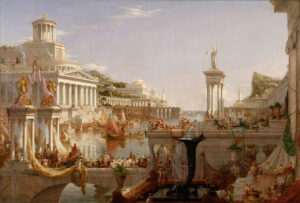 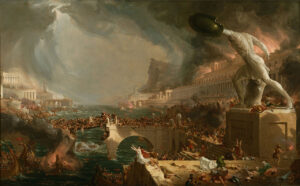 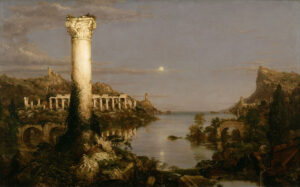 Five Years Later: Looking Back on Our Research Statement